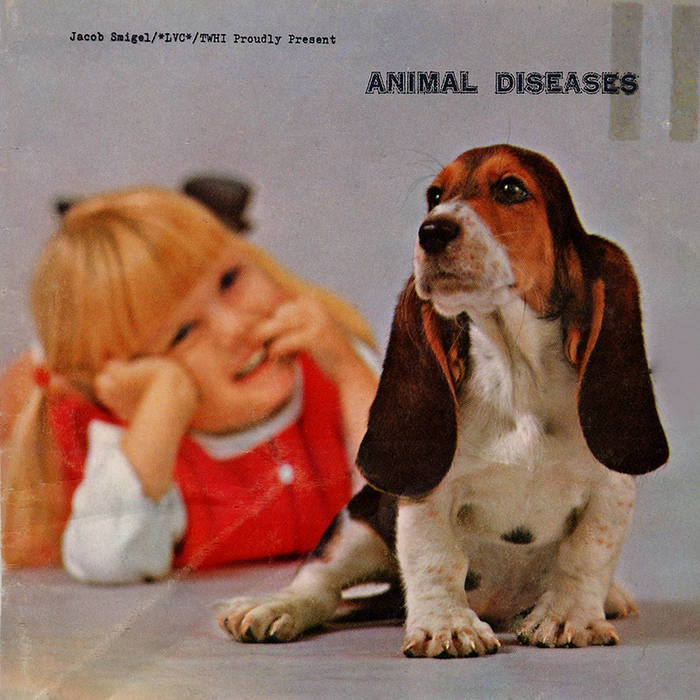 Animal Disease was my first proper album/release, recorded at my house in Las Vegas, NV. Made in the days when I was an EMT student and volunteering for the Friends of the Southern Nevada Library District, where I sorted discarded library books for resale. I'd stay up late at the Blueberry Hill Coffee Shop reading things I came across. One amazing title was The Year Book of Agriculture's 1965 publication "Animal Disease," which went on to inspire much of this album. These are some of my earliest songs, which I feel came from a somewhat pure creative space, untouched by ego, minimally self-aware. It's the closest I'll ever come to making "outsider music." I didn't even know many people recording their own music at the time so it really came out a weird experimental vacuum... a strange place I can only revisit with the help of this album. Recorded over ten months or so with a primitive USB-interface and my brother's iMac. Recorded in mono to boot!!

Though I hadn't yet begun collecting "found sounds" in the form of discarded cassette tapes from thrift stores [see "Eavesdrop: a wealth of found sound"], the foreshadowing of this hobby is evident here. The track "SissTore!! Dub" is based around a strange answering machine message I received, and several of the albums tracks were recorded to cassette with the use of a portable "boombox".

I had rarely played live when this album was self-released in 2003. My way of "releasing it" was spending time at Kinkos to get the album art just right, burning copies one at a time, and housing them in CD cases I got for free from the dumpster outside Blockbuster Video. I gave the album away, to anyone who I thought might enjoy it. The live show that developed, set the tone for everything that I've done since then, and I owe a great thanks to my friend Joe Kendall who helped bring these songs to life. Joe played multiple instruments while I whaled on kazoo, kneeling in a cloud of fog machine fog, under the glow of an animal diseases themed slide show projected above. We used the same instruments featured on the album-- kid drums, chord organ, toy piano, Casio keyboard, a Dr. Sample, and my acoustic guitar-- to make a huge noise. The look of the early shows was really something strange I think. I wasn't trying to make a kinder-band, it just happened that these were the instruments I used to make the songs, and I honestly couldn't afford anything different at the time.

All tracks written by Jacob Smigel except track 13: "Just You, And I" (Lyrics by David Lynch, music by Angelo Badalamenti)