Hope This Passes The Secretary​.​.​. 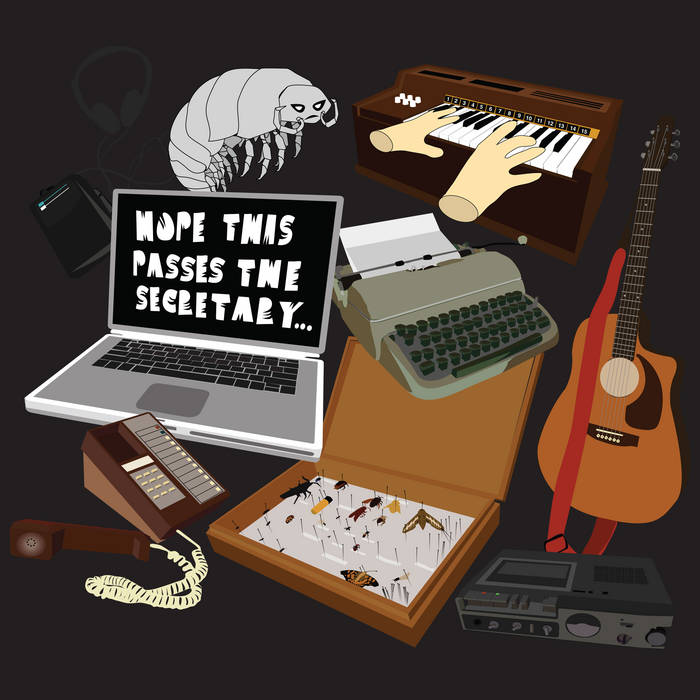 "Hope This Passes the Secretary...", my fourth album of music (with an album title I'm still proud of...), is a collection of tracks from singles and compilation albums, as well as found sounds, live recordings, and previously unreleased tracks. It seemed the perfect compromise, given that I was deep in my studies then and not able to focus on writing and recording new songs. I had quite a scare when attempting to put this album together, as the hard drive that housed the files for these songs stopped working. It turned out to be a failed power supply rather than a "head crash," which would have been a complete loss. The experience reminded me how precious these, and my other recordings, are to me. It seemed oddly appropriate that I almost lost these hard to find or lesser-known songs in the process of preserving them.

Like "New Mexico" and "Eavesdrop" before it, this album comes with some very heavy liner notes detailing the origin of each song. These were assembled by me and housed in clear pockets that I affixed to the inside of each album. The album art work is meant as a theoretical still life of items from my life that were helpful (directly or indirectly) in making the album. My friend Sergio Martinez rendered these objects for me and I still think he did a great job. The font featured throughout is some weirdness that I hand-drew and scanned in.

Tracks 1, 2, 4, 5, 7, 10, and 13 were recorded at home with most of the parts played by myself. Joe Kendall played and spoke on track 4. The samples for "Grumpy Pill Bugs" came from the wonderful www.freesound.org, all of which were shared via a creative commons license. Track 6 was recorded live in New Mexico on a Marantz-PMD222 3-head mono cassette recorder. Tracks 3, 8, and 11 are bits of "found sound" culled from thrift store cassettes. "Let Me Be" was recorded "on location" while on vacation... see the track notes for more details on that. The live tracks of "New Mexico" and "Lovers & Drunkards" were recorded (to cassette) on my 2007 US tour with Deer Tick. John McCauley played bass (and keys), Dennis Ryan played drums, and Joe Kendall played guitar.

This album was much aided by the careful mixing and mastering work of Michael “Lazer” Lavin, which took place at Gung-Ho Studios (“Home Of The Hits!”) in Eugene, OR.