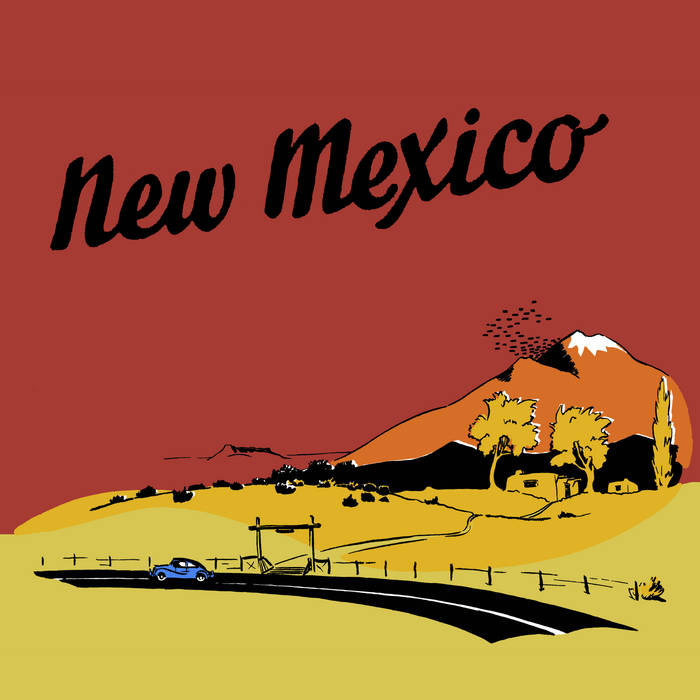 The idea for "New Mexico," my third album of music, came from author and playwright William Saroyan's book "Places Where I've Done Time." Saroyan makes the case that individuals are largely the product of the people they've known and the places they've been, and his book is a collection of short works about places that were important to him-- mostly various hotel rooms it seems. I thought about doing this myself and ended up settling on just one place: my family's run-down adobe cabin in Northern New Mexico. I had ventured there with friends the year before and made hours of field recordings and live campfire jams, which ended up becoming part of the final album. "New Mexico" also combines spoken word and personal research to present a trip through the montage memories of my childhood, ending squarely in the hardship of adulthood.

"New Mexico" is very much a product of my life then. I had a hobby of making field recordings of road trips, and later editing the recordings-- improvised songs, bits of conversation, sounds of nature-- into a CD-length "vacation album" that I would send to the people involved. "New Mexico" is in many ways the ultimate "vacation album," transcending time and delving deeper into the meaning and history of the region. This played out in the album's lengthy liner notes, which like 2006's "Eavesdrop: a wealth of found sound," were meant to add depth and context to the album itself.

The original run of this album was housed in blank digi-packs that were painted with horizontal bands of flat paint. The colors themselves were inspired by those I had once seen in the aged and sun-bleached awning of the Gold Strike Casino, formerly located in downtown Las Vegas (which has long sense been demolished). That 70's sunset cascade really spoke to me and I did my best to reproduce it on the album's cover. The rest of the album art was made with custom ink stamps and water proof "grocer's ink." This gave the album a striking appearance that I'm still proud of, which also seemed to confuse those who handled it, given its unique hand-feel.

The non-field recorded portions were recorded at home, with me playing all the parts, except where noted in the individual song notes. The field recordings were captured in New Mexico in August of 2005, while camping with my brother Jesse Smigel, the brothers Kendall (Joe and Matt), and friends Joe Webb, Chris Hanna, Sean Langdon, and Deanna Reynolds.

Band mates Joe Kendall and Aly Unna helped these songs mature by performing them with me for audiences all over the US. Nikki Pink helped with album design and hand-painting of the first digi-pak run, and Jesse Smigel lent his brand new airbrush for this purpose. This album benefited largely from the careful mixing and mastering work of Michael Lavin, which took place in Las Vegas, NV.